Create the page "Articles with unsourced statements from April 2007" on this wiki! See also the search results found. 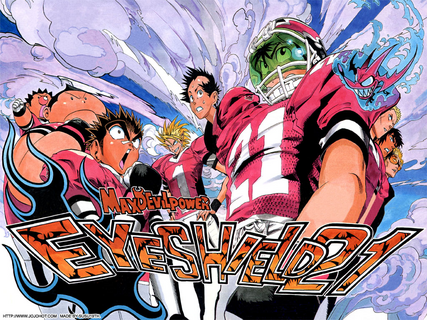 Eyeshield 21 is a manga about American football written by Riichiro Inagaki and illustrated by Yusuke Murata. It has been adapted into an anime movie in 2004 (shown at Jump Festa), an anime television series in 2005, several video games…